Dr. William Hage has extensive education and experience in Sports Medicine, enabling him to provide EmergeOrtho—Triangle Region patients with a variety of subspecialty orthopedic treatments and services. As part of his extensive skill set as a practiced surgeon, Dr. Hage specializes in advanced surgical procedures focused on the Hip, Knee, and Shoulder. A board-certified physician, he also holds a certificate of added qualification (CAQ) in sports medicine.*

In addition to his clinical achievements, Dr. Hage has been involved in a number of orthopedic research projects—many of which have focused on the treatment of athletic and sports injuries through the study of joint biomechanics, muscle strains, and tendon ruptures. He has published this research in numerous journals and presented at national meetings such as the American Academy of Orthopedic Surgery and the Orthopedic Research Society. 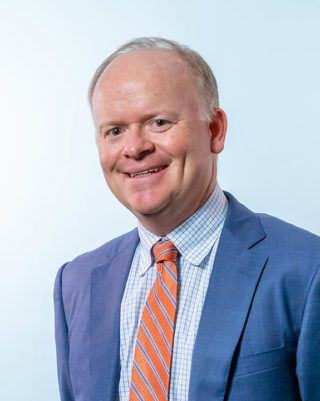 Dr. Hage specializes in injuries and conditions affecting the shoulder, hip and knee, which includes:

In line with the sophisticated subspecialty orthopedic care for which EmergeOrtho—Triangle Region is recognized, Dr. Hage provides a variety of treatment methods and services including:

Dr. Hage has been an avid sports enthusiast throughout his life. While at Jordan High School, he was a member of back-to-back state championship swim teams. During college, he was a member of two NCAA Championship swim teams at Kenyon College. He continues a love of sports today as the Head Team Orthopedic Surgeon for Campbell University and Team Physician for Leesville Road High School.

Dr. Hage currently resides in Raleigh with his wife, Penny and children, Mimi and Preston.

*CAQ Sports Medicine: The American Board of Orthopedic Surgery, in conjunction with the American Orthopedic Society for Sports Medicine, offers a certificate of added qualification for “those surgeons who have demonstrated qualifications beyond those expected of other orthopedic surgeons by virtue of additional education, a practice characterized by a majority of cases in orthopedic sports medicine, and contributions to this field of medicine.” It is granted to orthopedic surgeons who are approved to take, and who pass, a subspecialty examination in sports medicine. Fewer than 600 surgeons hold the sports CAQ nationally.

Request a consultation with Dr. Hage now. Or, call us at 919-220-5255 any time to speak with an EmergeOrtho—Triangle Region team member.